You might be thinking about what type of latch you should use for your farm gate. We're here to help you choose! We've researched the different types of farm gate latches. Find out their description and qualities below.

It's important to familiarize yourself with different types of gate latches before you install one. If you own a pig farm, for instance, you should consider installing an appropriate gate latch to protect them from unathorized people.

See below the list of farm gate latches you can choose from:

With this article, you'll learn different types of farm gate latches, the installation steps, and other related matters. We'll share with you relevant information in choosing which type of latch will be best for your farm gate. So, read with us!

Latches differ in the way they lock and hold the gate. Some require an additional padlock while some can lock on their own. Below are the description for each type of gate latches.

The combination of chain and bolt can lock the gate, either from the inside or from the outside. The bolt connects to the end of a chain, in which you'll slide the bolt into a metal plate to lock the gate.

You should install the metal plate on the post, while the chain and bolt should be attached on the gate. The chain-and-bolt latch will give you a slight view of the outside so that you'll recognize who is knocking on the other side before you fully open the gate.

See this chain-and-bolt latch on Amazon.

The ring latch has a circular metal, that serves as the handle, measuring about two inches in diameter attached to a metal plate. The ring latch comes with a fin-shaped trap, in which you just have to push the gate to catch the metal plate for locking.

On the other hand, you just have to lift the metal plate to unlock the gate.

See this ring latch on Amazon.

It's a metallic rod with a spring around it. Its rod is bent and attached to a metal plate. You just need to push the rod to lock the latch, while lifting the rod again will release the hold quickly.

It's the most common gate latch, which you can also use for cabinets and drawers. The hasp has a metal plate for screwing, and an overlapping plate for locking.

The U-shaped staple serves as the location for the padlock. Hasp-and-staple latch saves space compared to other latches that are bulky or having a bulged handles.

See this hasp-and-staple latch on Amazon.

Do not confuse the purpose of a slide plate latch. It's meant to lock a swinging gate, rather than a sliding gate. Its rod is rectangular in shape, making it fit perfectly to the locking port just by sliding.

Cane bolts are the simplest latch. You just have to attach a metallic rod below the gate and prepare a hole on the ground for locking. These cane bolts are strong against external forces and are usually heavy to prevent outsiders from lifting them up.

See this cane bolt at Amazon.

Hook-and-eye is the cheapest among type of latches. It has a metallic hook to join the gate and post together. You just have to insert the bent hook into the eye.

Click here to see an hook-and-eye latch on Amazon.

A lever latch has a keyhole on its backplate, which opens with a sash lock. You can close and open the gate by pulling the lever to reach the keyhole.

See this lever latch on Amazon.

It's a type of latch that requires a key to open. It can be a knob or a keyhole plated against the gate. Key latches require a unique key pattern to unlock them. You should keep a copy of its key. Otherwise, you have to break the keyhole and its plate to unlock the gate.

See this key latch on Amazon.

Do Latches Need a Padlock?

A padlock is a metallic material used for securing an object from any movement. A padlock has a mechanism that uses a key with a unique pattern to detach the hook inside the padlock's body and release its hold.

Using a padlock depends on how the latch is made. If a latch has a locking port or arc, then you can add a padlock to make latch more secure. Locate the locking port and see the product's guide of use.

How to Install A Gate Latch?

Gate latches may differ in installation. Refer to the product's instructions for accurate steps. Remember to always install a latch on the closed gate. However, you can consider these general steps in installing a gate latch.

What to Consider in Choosing Farm Gate Latch?

You should know if a latch will work for your farm gate. It's also important to know your gate's condition. Refer to the list below on things to consider when choosing a farm gate latch.

Know the purpose of a latch if ever you'll install one. Do you think adding a latch will contribute to the use of the gate? Check also what materials are used to make the gate. Wooden gates obtain damage naturally by the rain or impact. Repair the gate first to maximize security before adding a latch.

Be familiar with the mechanism of the gate whether it moves by sliding or swinging. Test the gate by close-open movement, then figure out if the latch will lock and hold the gate. For instance, a sliding plate latch will not hold a sliding gate. Know how the gate moves before installing a latch.

Consider the gate height. It's impractical to add a latch if the gate is too low for the livestock, like chickens or dogs, when they try to pass over the gate. They can easily escape the gate if its height does not seem appropriate for them.

The same thing applies to people. Outsiders may easily step over the gate if it's too low, so adding a latch would seem useless. Assess the gate's height depending on what or who you protect behind it.

How to Replace A Latch?

Check the gate latch if it needs replacement. The latch should be firm and able to hold the gate closed. To replace an inefficient latch, just follow these steps:

Can You Use Multiple Latches?

You can definitely use multiple latches in one gate. They can contribute to security. Just be sure that they do not overlap each other.

We discussed different types of farm gate latches. We helped identify if your latch needs a padlock by looking for its locking port.

Based on the list of latches we provided, the simplest to use is the slide plate latch. The ring latch is also a good choice, as it comes with a metallic ring handle.

Depending on how your farm gate moves, you need to assess what type of latch is suitable to use.

Disclaimer: If you click through the links on this site and buy something, we may generate a small commission

No comments to show. 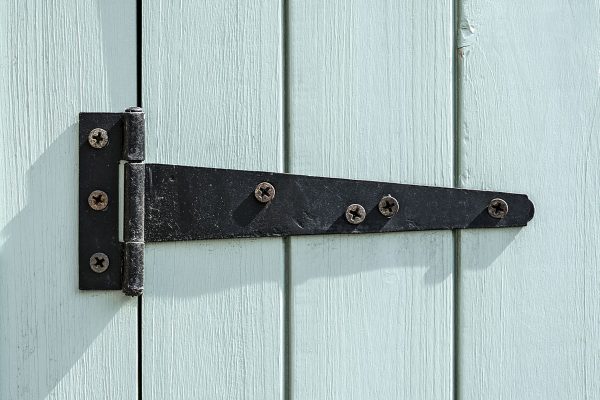 How Far Apart Should Gate Hinges Be? 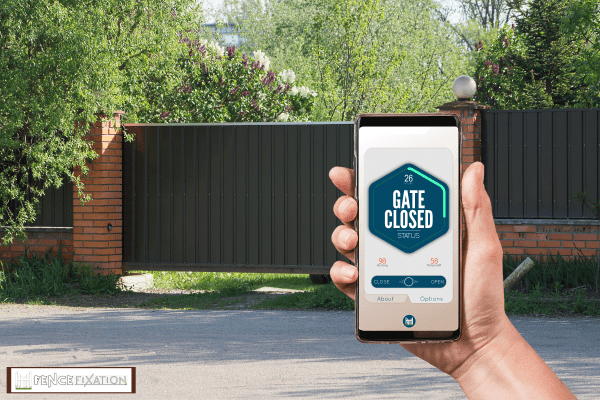 Can I Open My Gate With A Smartphone? [And How To] 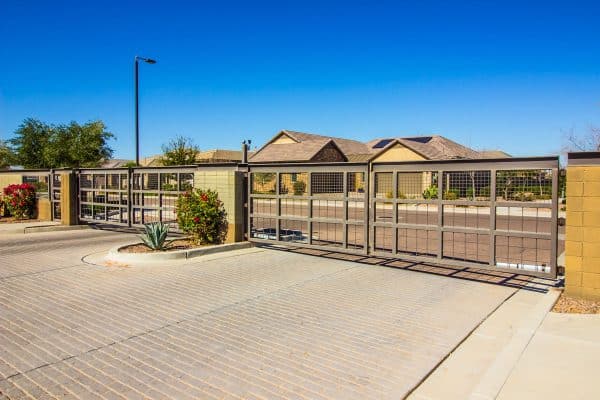 Should A Gate Open In Or Out?